During a class assignment, we were asked to pick an issue in society that we would like to see changed and provide evidence to support that there is indeed an issue. I chose to write about the modern day slavery taking place right under our noses in the prison systems. Here are some stats I found along with my voice on the issue. 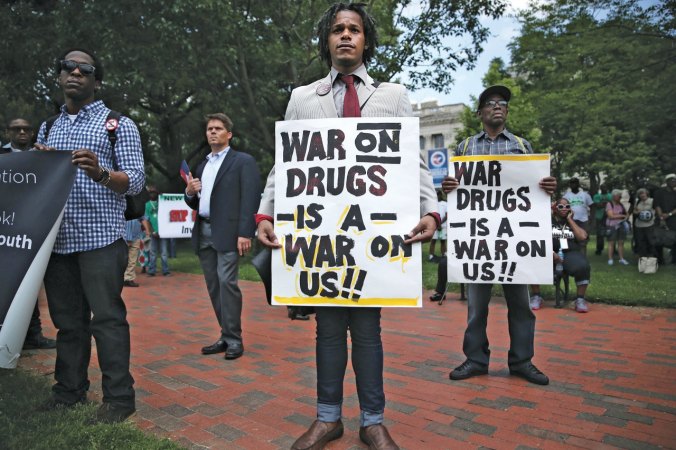 First off there is a cycle. Find a way to target African Americans. (War on drugs…check). Find a way to make sure the sentencing sticks. (Make sure the jurors on the panel are predominantly white…check). When they get out, make it so hard for them to find jobs, due to their record, that they have to resort to activities that will land them right back in jail. (Recidivism…check).

Though employers have guidelines to follow in regards to the hiring process, many ex-criminals still cannot find jobs. Why is that?

According to MSNBC, in 2011 alone, there were more African Americans in prison or “under the watch” of the justice system than there were enslaved in the U.S in 1850. This stems from the war on drugs but statistics have shown that blacks and caucasians use/sell drugs at the same rate but African Americans are the ones constantly being arrested for the offense.

What better way to keep African Americans in prison except by making sure their kind aren’t on the jury when it comes to sentencing?. Please stay woke people.

Scenarios such as these, show how Africans Americans make up majority of the incarcerated population and how this trickles down to the hiring process and discrimination since they are the ones suffering when it comes to finding jobs.

This is how the cycle of recidivism occurs. Recidivism is when a person is released and resorts back to criminal activities that gets them thrown back in jail. Usually when people sell drugs or steals; it is not for the benefit of them, but to support someone close to them. This will happen if a released criminal cannot find a job. They will do what it takes to find a way to support these people.